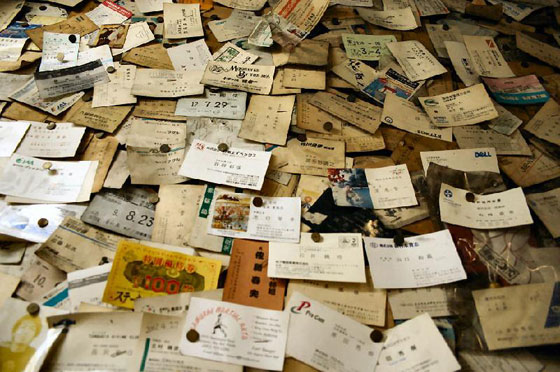 The exchange of business cards, or meishi, is a simple procedure in which one hands over a small rectangular piece of paper printed with the bearer’s name and company. Simple, yes, but deceptively so. In Japan, the rituals surrounding the proper handling of the meishi can either help to establish respect for the bearer and his/her company-or work quite to the reverse. Honour me, honour my meishi – Meishi stand as a veritable business icon. Since they bear the title of the person offering it, it lets the recipient understand the relationships of everyone to the group, how each should be addressed, and what honorifics and modes of speech to adopt. Each of those points is essential to facilitate the smooth conduct of business and create an atmosphere of mutual understanding. But the meishi symbolises much more. To the Japanese, this simple slip of paper is, in fact, a tangible representation of the person offering it. Treated with respect, it shows honour both to that person and to his or her company-while also illustrating one’s own under standing of business etiquette. Careless handling of a meishi during an introductory meeting can prejudice the other party from the start.

The rituals of exchange

The Japanese say that if you can’t greet someone properly you cannot become a good employee, since business of any kind begins with the “aisatsu”, the greeting. In first meetings, this greeting is inextricably bound up with the exchange of business cards. Before presenting the meishi, the bearer should make sure that it is clean and neat; no dog-eared corners or smudges allowed. It should not have been kept in a breast pocket of a shirt where it may have become warm. As strange as it may sound, presenting a warm meishi is considered very bad form. The card should be removed from a leather business card case. To be truly polite, both hands should be used to extend the card at chest level, with the thumb and forefinger of each hand grasping a corner of the card, making sure that the name is facing toward the recipient. If how-do-you-do’s have not been said, they are said at this time, and Japanese usually repeat their name while handing over the card. You can say in Japanese “Domo,watashi-no may-shee desu”. (Please, my card it is) then “John Doe, Sales Manager, desu” (John Doe, Sales Manager, I am) – but instead of “John Doe” say your actual name, slowly and clearly, and your business title such as “Sales Manager”). Upon receiving a card, it is polite to read it, carefully noting once again the name and title. Note that Japanese people are known by their surname (family name) and not their first name. For a man, this is followed by “San” which literally means “three” but is used in the sense of “Mister”. So if the card says “Shingo Kawasaki” you read it as “Kawasaki-san”. NEVER refer to this person by his first name, unless you are bosom buddies, and certainly not in public, where it will be considered insulting! Bowing when you meet someone is considered polite. Usually a 30 degree bow is sufficient, unless your guest is very high ranking, in which case a lower bow is expected. However, you can’t be expected to know how low to bow until you’ve exchanged “meishi”. For this reason, most Japanese will bow a little on meeting then fulfil the 30 degree bow after exchanging “meishi”. Head-bumping is not uncommon so try to step back a little when bowing! Of course, the Japanese do not expect foreigners to fulfil these customs but you can expect more friendly treatment if you can.

By the way, the word for “please” is usually “domo”. “Thanks” is “arigato”. “Thanks a lot” is “domo arigato”. “Thank you very much indeed” is “arigato gozaimasu” and you can precede that with “Domo” to be really polite!. “Excuse me” is “sumimasen”, which you would also typically say if you were leaving the room for any reason. The word for “no” is hardly ever used as it’s considered impolite. Instead, the Japanese tend to say “tabun”, which means “maybe”, but you can take this as meaning “no” in most cases! If you really want to say “NO!” it is “Iie” pronounced “ee eh”.

“Good morning” is “Ohayo gozaimasu”. Two other greetings are “kon-nichi-wa” and “kon-ban-wa” meaning “good day” (after noon) and “good evening”.

The words “eigo desu” are used to mean “I am English”. Frankly, unless you have a yellow complexion, black hair and slanted eyes, they are unnecessary! In any case, the literal translation is “I am an alien”, which you may not wish to publicise. Note that, in public, you do not greet or even look strangers in the eye; it’s considered very rude indeed, unless you need to ask for directions.

Putting your cards on the table

Once the card-exchanging ritual at a meeting has been completed, it’s time for the card-placement ritual to begin. For this, the Japanese seem to be divided into two camps. The first group believes that cards should be lined up according to rank. The highest-ranking executive comes first and so on down the line. In the case of cards written horizontally as Western cards are, the meishi are lined up horizontally on the table with the top-ranking person on the far left (or the far right). Cards written in traditional vertical style are lined up vertically with the top-ranking person on top. The other camp believes that cards should be aligned on the table with the person facing opposite to help in memorising names and faces. Both groups agree, however, and meishi etiquette dictates, that the top exec’s card must be placed on top of the leather card case. Should only one person be on the opposite side of the table, that’s also where his or her card goes, regardless of rank. It is very important to address everyone at a business meeting by name or by name and title, and never as ‘you’ – or – ‘anata’ in Japanese. This is the principal (and very practical) reason behind all this card-shuffling on the table. There are even a few rules for putting cards away. Once the meeting has been concluded, cards are neatly filed away in the case. If one is going on to another meeting, the new cards should be filed at the back. Remember never to write on a meishi in the person’s presence unless the card is to be used as an abbreviated ‘letter of introduction’, a common practice in Japan, where the power these little cards wield far transcends their size. It may sound complicated but, to Japanese business people, it becomes an almost automatic series of gestures, though they never forget its importance. An employee’s behaviour reflects directly back upon the company. Careless handling of one’s own or others’ meishi creates not only a bad first impression but can actually have a detrimental effect on business. The recipient may feel that the company has failed to train or supervise the person properly. And if they can’t train their own employees in a polite exchange of business cards, what other in-house problems might they have? Of course, foreign businessmen are not expected to understand the intricacies of the meishi, and so are not usually judged so harshly. But the foreigner who has made the effort to learn such things will get higher marks, and certainly give a better first impression. And on to business

Everything I’m typing here is in “Romanji”. The Japanese use Roman characters phonetically to simulate their standard Kanji characters for foreigners. Indeed, you can type a letter to a Japanese person like this and he would undoubtedly understand it.

Note that “u” on the end of a word is hardly pronounced at all. It’s like a faint “uh” sound. In Japanese “R” and “L” are undifferentiated. Most Japanese can’t hear the difference. So “arigato” may be pronounced “aligato” without changing the meaning. “Hirata-san” can be “Hilata-san” without offending. Indeed, the correct pronounciation is a subtle combination of “R” and “L”. Try saying “R” with the tongue a little too far forward and it sounds like “L”. That’s how the Japanese do it.

“Watashi” means “I” and the suffix “-no” means “belonging to” so “Watashi-no” translates as “my”. Hence “Watashi-no meishi desu” – literally “I belonging to card is”.

The suffix “-wa” means “subject of the sentence”.

The suffix “-ka” indicates a question.

So the sentence “Tairei-wa doko desu-ka” means literally “Toilet (subject) where is (question). It’s pronounced “Tie-ray-wah doh-koh dess-ka”. The Japanese language uses very little inflection so none of the syllables are stressed more than others. Unlike other languages, the tone doesn’t rise for a question.

The verb “desu” means “is” or “am”. It’s pronounced “dess” or “dess-uh” but the “uh” is barely audible and simply serves to lengthen the “ss” sound.

(If you were asking someone else you might introduce Mr Kawasaki as the subject of the sentence so you’d say “Kawasaki-san-wa, desu-ka”.)

You’ll hear the Japanese begin a sentence with “Ano” quite a lot. It can mean “Now, well then or let’s see.”

“Irrasshaimasu” means “welcome” and is used to welcome or entice customers into a store. It’s pronounced “ee rass shy mass-uh”. When someone visits your home it is usual to say “agatte kudasai” or “haite kudasai”. Agatte means raise up and refers to the fact that most Japanese houses have a raised entrance where you leave your shoes. Haite means come in.

Family members say “itadaima” on arriving home and anyone inside will say “o-kaerinasai”. Basically they mean “I’m home” and “please return”.

You can also use our express FREE Asian Business Card Translation Quote Request Form to select your options and receive a detailed quote for your exact order.